As I recover from a concussion ( please visit my Go Fund Me to learn more ) I thought this week was a good time to explore the audio files I have accumulated on my phone over the year.  Often inspiration strikes when I am away from a pen and paper and I can’t type the words quick enough into a note.  Recording observations as RAW audio free verse poems are satisfying for me.  Background sounds are incorporated into the piece which, I think, adds to the impromptu performance.  Also, there is a desirable amount of light pressure to form a creative thought in one take.

The second offering is a moment of humble thought, recorded July 31, 2017.  Nature and man-made transportation seem to torture me as I take a break from work at the shore of Squalicum Beach Park.  Of course, science tells us exactly how bids and planes fly, regardless, I’m dumbfounded taking in their magnificence.  The sneaky looking two-person boat crew weaving around the inlet with a quiet motor at sunset, hang something to the pier perched on the opposite side of the inlet is an understandable event, although I do not know their intentions.

I recommend listening to the audio file while reading the poem.  I open Google links in Music Player for Google Drive.

Birds Do Not Fly

I have no idea

Just flapping of the wings,
tucking back the tail and feet
nose pointed out
The motion must be repetitive in their mind
without any thought
Except maybe an instinct when the air changes
when the wind gusts from the side
or the heat vent comes up from behind them up
and lifts them suddenly, ten twenty feet in the air
It’s probably no surprise anymore
if they even feel surprise

A boat goes by with a motor attached
to the back a little dingy
It’s expecting some sort of package
It’s hanging from a pier log
It could be drugs
maybe a crab pot, illegal
Maybe they just found a cool looking barnacle
or some muscles thought they’d take a chance

but flying
I don’t understand it

I’m OK with not knowing everything 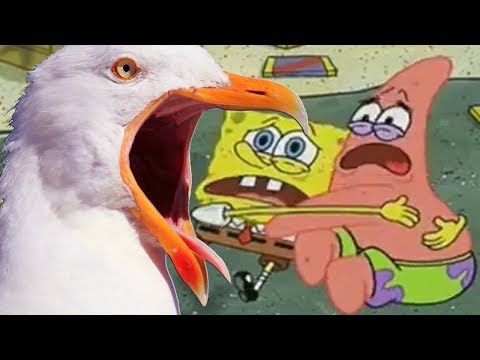 Judged Conversation Overheard on the Bus in August

It’s early morning-cold. Crisp air flies in from open slit of bus windows in position for the promised afternoon heat. Wednesday morning in August and downtown is quiet.  Half the town seems closed. Most are somewhere enjoying the last days of summer.  Anywhere else but downtown Bellingham. Only the sounds of a traffic light clicking green and a seagull. The gull stands like a superhero on the top southeast corner of Mount Baker Apartments
barking orders
waking us up
sounding reveille
few listen

Two ladies get on the bus.
They don’t live here.
I know it.

They are the only known tourist on the 3

Oh good, they are sitting behind me
She must be a grandmother
“Are you warm enough?”
The other perhaps a daughter
“Yes, I have my LL Bean on”
They don’t know
what’s coming

For 25 years I’ve been getting a mammogram every two years because my mother had breast cancer.

The list of what’s wrong with grandma’s body rattles off like the description of a 2001 Dodge Durango I am forced to read:

There’s a new growth of cataract in my left eye, arthritis in the knees effecting my suspension, my liver is having problems, might be backed up.  Recent scans show no blockage in the arteries.  Hips replaced.  Doctor recommends a colon flush.  Hypertension makes me jerk to the left from time to time.  Engine still strong. Overall I’m in good shape

Like Loading...
Rotating around the plant I am learning new ways to torture, I mean process fish.  Fish move around the large warehouse on two to three different conveyor belts, stopping only to have another part of their body removed.  Every part of the fish is used, much to the disappointment of seagulls hovering nearby.  Twice, a seagull has just walked into the warehouse looking for scraps.  Bold bird.
Blood Bath
Restaurants and food banks request a whole fish, beheaded and gutted.  I stand at the washing area, gloved up, the holes in my full length rubber apron sealed by duct tape, waiting, breath holding.  Plop, plop, plop.  Each fish falls off a belt 4 inches into the washing station for it’s final bath before placed in a large crate.  After a while the slime and blood turn the water red; blood washing off blood.  I scrub them quickly, opening the gut like a suitcase looking for residue of organs that, just half a day ago, beat with life.  The sound of the fish guillotine caw-chunking down on necks 15 feet behind me keeps an irregular rhythm.  Only the fish large enough to lose their heads do.
The Rack
After the loads of whole fish are processed I’m sent to the racks.  Fillets are stacked orderly, not touching each other or the edges, and sent to the freezer.  Teams of two stack a rack.
Two to three racks are worked on at a time.
A rack sits on a pallet, is about 5 feet tall has seven compartments that stack on top each other.  Workers make like a metal, plastic, fish sandwich over and over. The blue plastic is spread onto the wet, white plastic board, much like a fitted and top sheet for a bed, with the fish snuggled up between.  Little “babies” deserving of a lullaby.  (Now I know I’ve lost my mind.)
…Rack, basket, white plastic board, blue plastic wrap, fish, blue wrap, basket, white board, blue plastic, fish, blue plastic, new rack…
The rack plays out on everyone’s back.  You start work at 6 inches off the pallet, squatting over it to arrange the fish onto the sheet, then slowly bend your way up, ‘till the pallet is just under the arm pits.  I do this over and over for ten hours.  With a 15 minute break every two hours, and a half hour lunch, three days in a row.
My mind starts to get wiggy.  I look down at the fillets, all hint of fish removed, now just a hump of slimy flesh and start to wonder what else they could be.  Cold large pieces of raw bacon. Large slug penises. Pink tape worms.   Then it hits me— tongues.
Dead Tongues Tell No Tales
Cut out laid out
on a sheet, in a row
Pierced and strung
hung ’round the neck
The cutter, the puller
yanks out grabs full
Eyes of the carver
cold as a tomb
Red drops run
down, never away
Dead tongues
tell no tales
***

Like Loading...
Down the hill my city sits
Waves nip at its hair
Freeway scratches the belly
Mountains hold down its hip
Low mist rolled in early,
refuses to leave this cove
Down into the clouds I walk,
floating up into a subdued world
Here exhales are marked,
Talk can be seen
Sun baths buildings
in a peach-warm glow
as it fights the floating moisture
that crowns my
September Bellingham
Noon-thirty,
visibility still only four blocks.
The sun burns while seagulls
dance in the sky
﻿

Bellingham is an interesting place to live.  If you do not agree, I recommend an early walk around the neighborhood.  Remnants of our lively nightlife are evident in the early hours.  Left overs like a cigarette butt nest of empty beer bottles near the last step of an apartment building, and used rubbers, hint to a friendly exchange.  As a writer I wonder about a scene like that.  I mean HOW does THAT happen?  Was the cheap beer and loose conversation so titillating that it climaxed into a midnight, sidewalk escapade?  Hmmmm…. how many licks does it take to get to the center of it?  We may never know.

The Walk: Part 1
This morning I noticed some clouds were sleepy, clinging to the Earth like a warm blanket.  Ground fog rests silently in the hills around my neighborhood.
A van full of everything someone owns, even the owner.  Slumped over, fast asleep, no blanket for him, two coats of insulation.
Dew still on the grass, and the crows and seagulls are talking to each other.  Caws versus shrieks; calls of our hilltops wrestle with the sound of the sea.  Turning the corner a large black garbage bag from the baseball stadium rips open; guts of popcorn and half eaten hot dogs spill out.  Five seagulls watch guard over it.  With those regal heads and crisp beaks, like soldiers guarding a fort.

On the next corner, a cherry tree shows off its early fruit.  Yellow, blending to orange, by fall cherry red will be visually defined.
Next block over, I tip toe by another man asleep in his car.  Blue Ford Escort Wagon is his address.  Two in one morning, and just a rock toss from a homeless tent camp a few evergreens over.
Signs For Rent.  For Rent.  For Rent.
The morning birds tweet it up above me, reminding me of the proverb to be more like them.
The Walk: Part II
At the trail head two police cars mark the entrance.  What’s happened, I wonder…  but continue on.
Is this trail closed?
Well, we believe there to be a group of people held up in one of these warehouses.  We’re bringing in the dogs here in a bit.  Might be better for you to walk someplace else.
Yep-
Turning around up towards the stadium.  Trekking over a silent creek.  Full of water, the surface so still you could dance on it.  More birds tweeting, reminding me again to be happy and content.

The Walk: Part III
I continue my walk. Up hill towards home, my legs appreciate the work out, blood moves, waking me up.  There’s a Bike Ride for Cancer event happening this weekend.  Arrow signs point the route, matches my own, although I suppose I am walking only for myself this morning.
As I cross the final stretch an empty box of tomatoes is sitting in the middle of a large parking lot.  It’s contents smashed up around it.  Not the first time I saw this.  It takes weeks for tomatoes to disappear from blacktop.  I imagine that a troupe of Midnight Tomato Fighters meets here for a monthly la Tomatina smashing!  Do they wear team colors or is it one for all?  So many questions.  So many issues.
Towns are complex, fun, strange, quiet, loud and beautiful.
What a walk.  What a town.

*A poem written during a poetry class
March 2013

Like Loading...
Down the hill my city sits
Waves nip at its hair
Freeway scratches the belly
Mountains hold down its hip
Low mist rolled in early,
refuses to leave this cove
Down into the clouds I walk,
floating up into a subdued world
Here exhales are marked,
Talk can be seen
Sun baths buildings
in a peach-warm glow
as it fights the floating moisture
that crowns my
September Bellingham
Noon-thirty,
visibility still only four blocks.
The sun burns while seagulls
dance in the sky
﻿