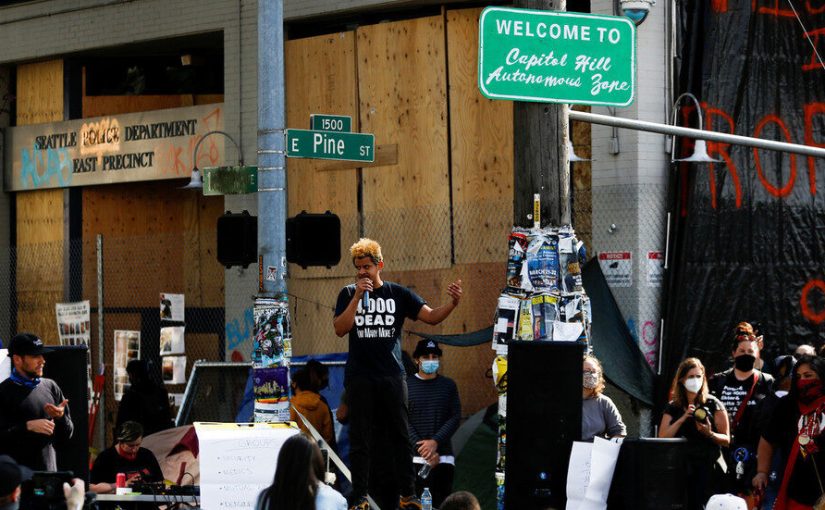 Comparing CHAZ to Occupy Wallstreet, the Occupation of the Malheur National Wildlife Refuge and the Black Panthers

This morning, I felt the need to re-familiarize myself with four protests, each unique, yet, perhaps held a common theme.  So far the first two decades of the  21st Century have exhibited some serious civil outcries.  In this video attached, Independent podcaster, Tim Pool compares CHAZ, Capitol Hill Autonomous Zone to his experience at Occupy Wallstreet.  If you remember Occupy Wallstreet was a protest movement against economic inequality that began in Zuccotti Park, located in New York City’s Wall Street financial district, September 2011.  It was at this protest that the “We are the 99%” slogan was made popular.  Although I personally prefer “Eat the Rich”, that movement was about wealth inequality, not human rights.  This week it appears people began to connect financial equality + human rights + bubbling outrage of the for-profit US health care system. America is the only country with medical bankruptcies. Ask any person who recovered from COVID-19 and their $75,000 hospital bill what it’s like to live in the country with the greatest health care in the world. Money. Health. Race. 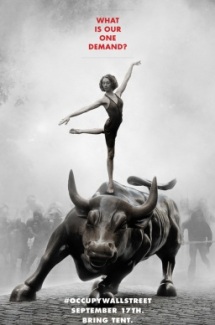 This last week, in Phase 2 of the Washington State pandemic, I heard this statement on the news and it caught my attention, “equal rights is a health issue”—All THREE issues of the 21st century have come to full protest mode in the streets today!   The handle on the machine has turned tighter and another layer of society feels the oppression.  Suburban whites are jobless and their self-created safety nets are tested by the lockdown.  The 99% are heavy from the burden of their oppressors: for-profit healthcare, powerful corporations with a chokehold on our government, and systemic racism!

I can’t help but remember the militia that protested a land rights issue by the Occupation of the Malheur National Wildlife Refuge building.  On January 2, 2016, an armed group of far-right extremists seized and occupied the headquarters of the Malheur National Wildlife Refuge in Harney County, Oregon, United States, and continued to occupy it until law enforcement made a final arrest on February 11, 2016.  Police used kid gloves to remove these ticks.  Only one person died.  If this non-governmental militia were black the event would have ended in a ball of flames and fire.  We know this.  The Black Panthers, 1966-1982, were considered radicals, but, love them or hate them they managed some effective social programs.  They provided food, clothing, and shelter in the poorest areas of their neighborhoods while demanding equal rights, better wages, and payment of compensation to African Americans for centuries of exploitation.  Many of the issues we debate today.

Wish I could join the BLM groups in the streets for peaceful protests.  I cried when I saw the face on that officer as he was killing George Floyd.  8 min 46 sec. The arrogance of this racist fool and dam the 400 years of fools like him!

I spent this morning re-familiarizing myself on recent protests and movements.  Some key facts I shared with you along with my opinions.  It’s almost 1:00 p.m. and I’m exhausted.  Reflecting, I know real change comes from within, but I hope, I REALLY HOPE that before this century is over our country will change outwardly, publicly.  Change is needed.  Change is required.  From the top down we need it!  The people are taking to the streets while the vote is being suppressed. America is a young country and it’s time to grow up!

Continuing the meditation I will reflect on these two pieces from Rob Brezsny:

By aligning my passion with the protests, I’m expressing rage and grief
about decades of police brutality toward African Americans—as well as
White America’s centuries-long harm against black lives and black
culture.

What also animates me is my love for African Americans and my longing
for them to be free to live their lives in peace, prosperity, and grace. I am
inspired by joyous gratitude and celebration for their gifts and the
blessings they offer.

Like my writing? Want to hear me read my poetry? Please visit https://chickadeeproductions.bandcamp.com/releases and download some today. Only $1.00 a poem! Shannon Laws is a Pacific Northwest poet, voice-over talent, and podcast producer. She is the author of four poetry books, the most recent “Fallen” published by Independent Writer’s Studio Press. Shannon has received two Mayor’s Arts Awards and the Community Champion Award. She makes her home in Bellingham, Washington, USA. View all posts by Shannon Laws