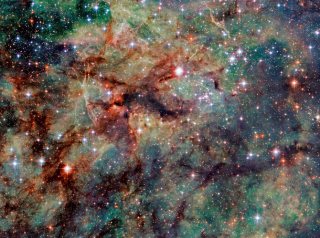 Oscar Wilde said, “We are all in the gutter, but some of us are looking at the stars.”  The day before New Year’s 2013 my eyes are everywhere but the stars.  I feel like I’m in the gutter.  I am one of an estimated two million in the U.S. whose emergency unemployment benefits ended December 29th.  Now, when I was laid off from my job last March, the company gave us an official 30 days notice.  My government, however, gave folks two weeks’ notice, two weeks before Christmas, that the payments may end 12/29/12*.  On New Year Night, millions waited to see what the Congress and Senate would pull out of their ass on the eleventh hour.  It was time for a walk.

I walked down the hill toward the creek, but on this day I yearned for a new adventure.  Turning right I headed for Whatcom Falls, round trip journey is just under four miles.  The wind was light that morning and carried the scent of snow from the foothills twenty miles east.  Overcast clouds, bounce white light around the barren branches in the woods of deciduous trees that hug the walk; the bark black-wet and silent.  Deciduous means “Falling off at maturity”.  I think on this for a while.  Perhaps maturity means accepting the seasonal changes life rotates through our world, even the ugly ones.

Crows caw at Seagulls as the two families compete for stale bread thrown into the road.  The first hill rises up ahead of me; my mouth opens to take in more air as the legs dig into the incline.  Passing an old white Ford truck, parked on the curb, a waft of “dirty engine” blows across the nose.  I take the history into the lungs and carry it with me across Woburn Street.  The trails trick me as they wind aroundpass a brook that I could hear, but not see.  Oh you little spell spinner, I think.
Suddenly I find myself at the foot of a cemetery hill facing 60 or so tombstones.  This cemetery is known for its weeping angels and walking ghosts.  In the mind’s eye the dead are ghosting about enjoying the day; some sitting on their stones, resting, others socializing.  My presence startles them; their heads turn to look at what has stumbled in.  For a moment we stare at each other; the living are among the dead!  Respectfully I bow and greet them a “Good morning” then leave quickly.  Conversations with ghosts only encourage them to follow you.  I have enough ghosts.
Turning around to correct my path I cross over that tricky stream.  Winter’s debris has it covered in a blanket of “hush”, but water is only silenced by Jack’s frozen finger.

Pass a large Cedar, and the black chain link fence that divides the Jewish dead from Christian, there are Snowberry bushes.  Hanging heavy with their poisonous fruit on the thinnest of twigs, they droop over in a random pattern like stars.  The branches so thin, if you squint your eyes just so, the wood disappears and all you see are white dots.  In a local Native tongue the name for these berries translates to “food of the dead”,  How appropriate for these then to row up against the Bayview Cemetery fence.

Being a child of the Northwest I know not to eat white berries.  The berries do not scare me.  Today, on this day, I see them as stars.  The trail is empty as I stand surrounded by a Snowberry universe.  For a moment I float.  I am an astronaut floating outside my craft.  Floating like a leaf that navigates gently down a river, unaware of its direction or the dangers of rapids.  The leaf floats where the water takes it, the water goes where all water goes, home to the ocean.  I float.
I float…

Common Snowberry (S. albus) is an important winter food source for quail, pheasant, and grouse, but is considered poisonous to humans. The berries contain the isoquinoline alkaloid chelidonine, as well as other alkaloids. Ingesting the berries causes mild symptoms of vomiting, dizziness, and slight sedation in children.
Interesting information here regarding NW plants:
Blog Witch of Forest Grove
http://www.americanprogress.org
*Under the most recent extension, the Middle Class Tax Relief and Job Creation Act of 2012, emergency unemployment benefits will expire at the end of 2012. If Congress does not act to extend benefits, more than 2 million Americans will lose federal unemployment insurance just after Christmas with another 900,000 estimated to lose their benefits in the first three months of 2013.