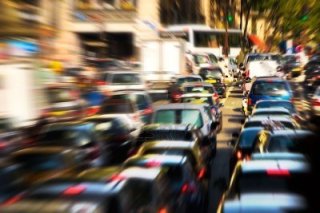 The other day I saw something that blew my mind away. An eighty year old man was walking across James Street to get to his car without looking to the left. Left was the direction I was traveling towards this man at 40 mph. His body was slanted and traveling steadily towards an older model Toyota parked on the opposite side of the road. He seemed determined to get there, crossing this busy street of four lane traffic but without looking at what was coming towards him from the north. I slowed down trying to anticipate his move- was he walking towards a car parked on the left side of the road, or what? YES- this skinny little man moved steadfast towards his car despite the traffic volume.

Really this was an act of suicide from my perspective. To just walk out into traffic without looking, huffing it full speed and determined that you would survive to reach your car- amazing! And that’s what he did thanks to my quick reactions. Strangely enough this act of determination reminded me of our neighbor’s dog Blackie.

Blackie was a cute little terrier that seemed to wag its whole back side when he came up to great you. I knew this dog. It was a part of my childhood for a good decade then one day it was gone. When I asked our neighbor about it he said that the dog had walked in front of a car and committed “doggie suicide.” He continued to tell me that they found it in the street dead. Apparently dogs will do this and that it’s common –when they feel the end of their life is near they will simply go out on a walk and let fate take its toll.

Well, this eleven year old had never heard of that and somehow the story stuck in my mind like a permanent marker flagging it for future review… fast forward to 2010 and this man crossing the road… What’s up with this guy just leaping out into traffic reminding me of a little Scottish Terrier?! I don’t think he really just needed to get to his car, I think he was testing fate; this guy was on a spirit walk.

Carolos Castenada, a Spirit Walking expert says, “A path is only a path and there is no affront, to oneself or to others in leaving it if that is what your heart tells you to do. Look at each path closely. Try it as many times as you think necessary. Then ask yourself one question. Does this path have a heart? If it does, the path is good, if it does not it is of no use.” 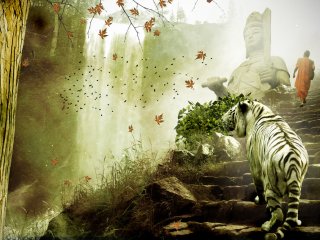 What does that mean? It means that a man determined to walk across four lanes to his car, will do so regardless of the risk, AND he will do it again!

This is beautiful. I slowed down and let him pass watching in awe as the cars coming from the south slammed on their brakes to avoid the collision. Would I ever be so old or desperate that I would try such an act of bravery? It’s not the age it’s the attitude. I’m certain of it. God bless ‘em all that go on this “walk” every one! It’s harder than it looks. –and watching it is nerve racking!