Falling in love again. What am I to do? I can’t help it… 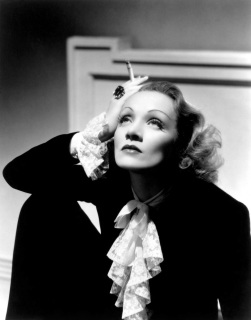 My affair with the voice of Marlene Dietrich came about during a rather monotonous trip to the music department at Barnes and Noble years ago. While casually going through the A to Z pop/rock stuff that took up half of the music section, I found myself glancing over at the other shelves, “What’s over there”, I wondered. Looking for unique music I wondered over. There was a strange section dedicated to classic actors who recorded albums. Putting on the headphones I scanned through names like Marilyn Monroe and Jayne Mansfield, getting a 30 second sampling of their musical talent. When I heard Marlene’s voice for the first time it struck a chord with me, and quickly became one of my favorite CD’s. 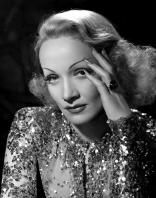 Marlene was born December 27, 1901 in Germany and rose to fame in the 1920’s performing at Berlin cabarets. Her deep contralto voice mesmerized audiences with its seductive undertones. Hemingway said “if she had nothing more than her voice, she could break your heart with it”. When Paramount Pictures picked her up in the 30’s she became one of the highest paid actresses of the era. Her singing and USO work during World War II earned her the Presidential Medal of Freedom, and the Légion d’honneur from the French government.

Like most new found loves, I played that CD over and over. However, my family didn’t care for the art deco/cabaret era music like I did, so I had to find creative times and places to listen to it in peace. Whether at night with some red wine after everyone is asleep, or the early morning hours on real low, her music is like the perfect soundtrack for a particular mood that passes through me from time to time. While moving three months ago I re-found the old CD and again the chord is struck and my mood is put to rest.

Whether she is singing in English, German or French, you need no translator to understand what she is singing about. Her voice spins a web of emotion that drips off every syllable; new love, old love, love gained, heartache, and love gone to war, return unknown. Although the only thing we have in common is that we share the same birthday, it feels like we’ve been friends forever. What a great find! 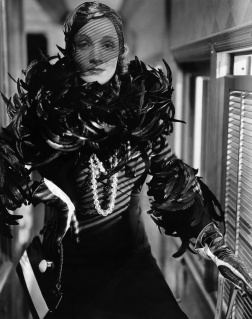 One thought on “Marlene Dietrich”