Spring always puts me in a sentimental mood. You know, it’s all a part of that inane idea to get rid of the old and bring in the new; spring clean the garage, backyard and the soul. Some projects take up so much time I feel like they’ve kidnapped me! During the tedious task of cleaning out my bookcase, my mind drifted on that thread of thought. I started to relive the day I heard the news of my Grandma’s kidnapping. My grandma was really kidnapped, not by an “organize the closets” project, but by real psychotic people! While I sprayed more wood cleaner onto the dust rag, I pondered the lessons of that story.

In April 1998, thirteen years ago this month, my cousin Susan called me late in the evening with the news. Before I could say one word she cried out “Grandma was kidnapped!” My cousin went on to give me an account of events: early in the morning grandma had a break in, was held hostage, pistol whipped, rescued by the police late in the afternoon, has been released from the hospital, and was going to be interviewed by the local news station tomorrow. I was speechless! That’s a call you don’t get every day.

At the time of the kidnapping Grandma Mimi was 86, and lived alone at her home in Anacortes Washington. The two kidnappers told grandma their plan was to take her to their isolated mountain cabin, issue demands to the family and wait for the money. However, on their way to the cabin the kidnappers got restless, began fighting over the plan, and started driving up and down Interstate 5 indecisively.

From the backseat Grandma could hear the new plan unfolding; they no longer wanted to hold her for ransom instead they just wanted to kill her and throw her in the woods. They pulled over to a remote road just off I-5, dragged her out of the car, grandmas back to the woods. Putting the gun up to her head the kidnapper asked if she was ready to die. Grandma didn’t hesitate, “I’ve lived a long and wonderful life. I’m ready to go. Go ahead and shoot.” What an incredible statement! Surprisingly, she said it with such conviction, the kidnapper was unable to pull the trigger! 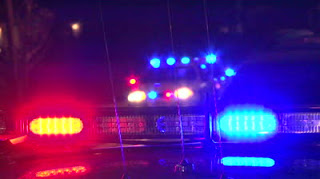 Frustrated, they threw her back into the car and kept driving. The driver was on meth and her erratic driving caught the eye of an attentive road side worker, who called it in to 911 as a possible DUI. Glancing up over the back seat, Grandma could see two cop cars rolling down the on ramp towards them with lights on. “They looked like angels coming down from heaven!” she said.

Grandma was rescued and the kidnappers were charged with first-degree robbery, first-degree burglary and second-degree kidnapping for allegedly abducting an 86-year-old woman from her home and terrorizing her.

Grandma had a full life, good and bad times. Not many of us get an opportunity, like a gun to the head, to say with such conviction, “I am ready to go.” It’s true you can find new life in many places, but some people find new life at the wrong end of a gun.

This is a story that has become a part of my heritage and will stay polished in my memory, kept high in a safe place, to be displayed and discussed when appropriate times allow, not too unlike the knick knacks on my freshly polished shelf.

One thought on “Kidnapped”