As you know I’ve just started to dive into this great adventure called “become a master author and get published”. My writing has gone under the microscope and I am its worst critic. My spelling is not so good; I’ve read less than 200 books in my lifetime, and my most recent discovered fault: I lack descriptive words.
Quite often when I am writing a story I will leave out some information like the color of someone’s shirt, even if I see it in my mind, because I feel it would bore the reader to know such detail. After careful thought I’ve concluded that this attitude toward details is due to bad writing habits from my past. Working in an office for ten years has striped me of any creative writing abilities that I now see MUST be recovered! Many times in my grey cubicle I would slave over the simplest of memos before hitting “send” to confirm that there wasn’t anything fluffy or unnecessary in the note. For example: “Stacey from Les Schwab confirms if commercial #123-A doesn’t arrive in time to air, we are to air spot #123-B in its place.” But I struggled with wanting to add the “WHY” factor into the memo. People in offices do not want to know why. If they do, they will ask.

Looking over my first piece I’ve selected for the SJI Writers group to critique I am full of anxiety. There are many places where I could add something, take something else away and so on. I just hope no one feels like they are grading a high school paper. One big difference between my writing and other member’s are descriptive words. 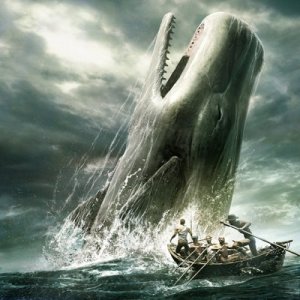 Christopher, my husband, is a poet and a master of words. In the red car driving steadily into town, we discussed at great length the importance of knowing how many descriptive words to include in a sentence. Chris suggested that the one who started the over dose on it all was the American author Herman Melville. Melville wrote the great American novel, “Moby Dick” in 1851 when “Twitter” was only something a bird did, but his use of the English language is almost exhausting to digest. Each sentence makes you feel like a goose on a foie gras farm gagging down the details of the simplest events!
Here is an example of his work. Keep in mind, there are only seven sentences:

“You may have seen many a quaint craft in your day, for aught I know; – squared-toed luggers; mountainous Japanese junks; butter-box galliots, and what not; but take my word for it, you never saw such a rare old craft as this same rare old Pequod. She was a ship of the old school, rather small if anything; with an old fashioned claw-footed look about her. Long seasoned and weather-stained in the typhoons and calms of all four oceans, her old hull’s complexion was darkened like a French grenadier’s, who has alike fought in Egypt and Siberia. Her venerable bows looked bearded. Her masts – cut somewhere on the coast of Japan, where her original ones were lost overboard in a gale – her masts stood stiffly up like the spines of the three old kings of Cologne. Her ancient decks were worn and wrinkled, like the pilgrim-worshipped flag-stone in Canterbury Cathedral where Beckett bled. But to all these her old antiquities, were added new and marvelous features, pertaining to the wild business that for more than half a century she had followed. Old Captain Peleg, many years her chief-mate, before he commanded another vessel of his own, and now a retired seaman, and one of the principal owners of the Pequod, – this old Peleg, during the term of his chief-mateship, had built upon her original grotesqueness, and inlaid it, all over, with a quaintness both of material and device, unmatched by anything except it be Thorkill-Hake’s carved buckler or bedstead.”**

He simply will not allow himself to write, “I looked and saw the old brown ship, Pequod.” If he did his fingers would break not to mention his conscious. This man is committed to painting the picture!

Arrgghh! -So much to learn. My “Moby Dick” is finding (re-finding) my unique writing style. In order to do that I’ll need to write a lot… and with great fervor, …ahhh…sitting a top the cushions of leather framed around proper back support, while they themselves sit upon a carousel of wheel set to move in any direction my body wills to moves them. Aye, my body dose not move away from the black board of symbols that lay before the troubled torso; instead the forearms and elbows stand firm to prop up my focus on said goal. All that would be seen in motion by any soul, who happen to enter the room, be but the tips of this human extension. For one to see, to truly see all to be seen, that would take a different eye. The movement within the mind, which exceeds the speed of fingers, yea only in the eye of imagination, the form in the mist, the very beginning of vision and the conjuring of characters. Conjure I do like a wizard over a glass orb, perhaps you prefer a weaver, with each stroke spinning together words and visions into an object a child could hold and cover over it’s head when scared. If only these tips would weave a million blankets! Warmed by an artist’s craft, as if to purposely leave thy fingerprint, touched and warmed by words on the cold night that is our very existence.